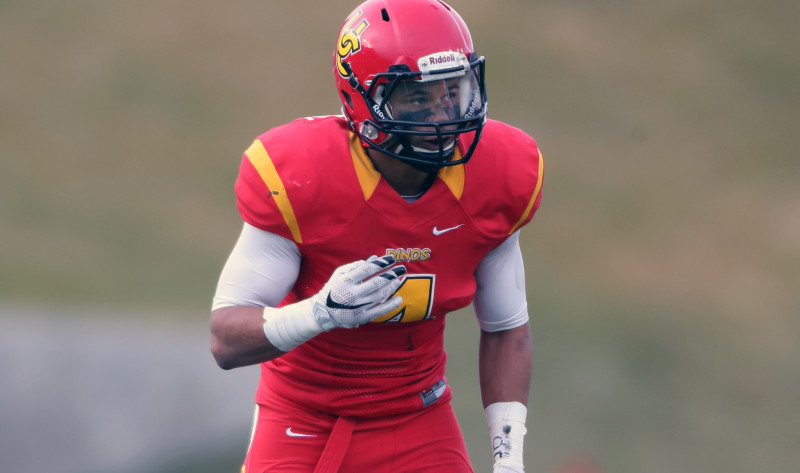 With the combine now in the rear view mirror, CFL talent evaluators can now begin to come to conclusions with their prospect rankings.

It’s a solid year for defensive backs in the CFL draft. There are at least two likely future starters, three solid special-teamers and one underrated wildcard.

With that in mind, here are the top-8 defensive back prospects in the 2017 CFL Draft.

Wright is the best run defender out of all the defensive backs in the 2017 class. He’s rather physical at the point of attack, and has the tools and vision to set the edge by stacking blockers, forcing the play back-inside. He has the strength to get off the block and make a play on the ball-carrier when the opportunity presents itself. Wright is a smart, instinctive player who reads his run defense keys well and understands leverage in pass-coverage. He has the change-of-direction skills and hard-hitting prowess to make plays while reading and reacting.

The Ajax, ON native’s biggest negative is his ball-skills. He has good hands, but routinely fails to get his head around to locate the ball in the air. As a free safety, this can result in a lot of missed interceptions, and can also lead to countless pass-interference penalties for running through the receiver. Wright can also get grabby at the top of routes in man-coverage, and has limited experience as a true center-fielder – he mostly played in or around the box as a strong safety and nickel corner while at Henderson State. As he develops into a starter, Wright will dominate on special-teams for the first couple seasons of his career. 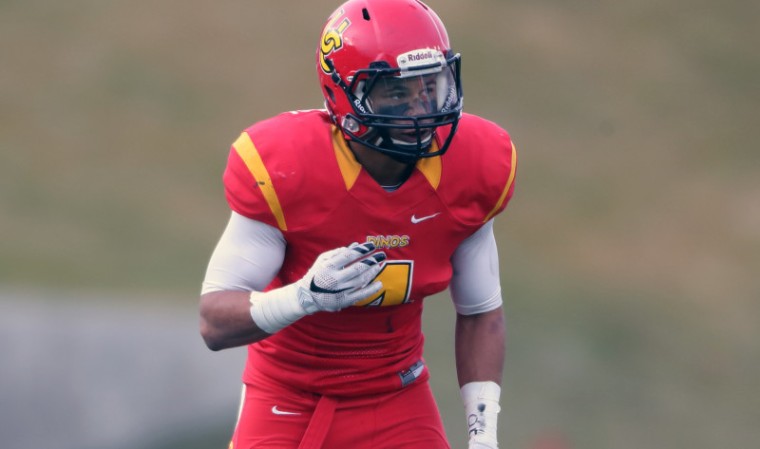 Woodson, who’s easily the top raw cover-man in the class, is just a hair behind Wright for the top spot; in fact, I almost think he’s the safer pick between the two. Based on Woodson’s current traits, I’m fairly confident he has what it takes to develop into a starting field corner. But if a team wants to maximize his talent, he could also be developed into a free safety. His lack of zone instincts and ability to come down-hill and support the run are worrisome from a free safety standpoint, but there’s no denying he has the feet, hips and ball-skills to compensate.

Woodson has the best feet in the class. His change-of-direction skills to break on routes and under-cut throws are second-to-none. He’s extremely twitchy, and has loose hips to speed turn or turn and run with receivers. His ball-skills, meanwhile, are well documented – Woodson has 7 interceptions in his last two seasons despite offenses routinely game-planning to minimize his opportunities in 2016. Teams often isolated one receiver in the boundary against Calgary, rotating Woodson to safety and away from one-on-one with their top receivers, a true testament to the respect Woodson earned in his junior season, when he was named the Canada West’s defensive player of the year.

Hamlin is easily projected as a free safety, as although he displayed excellent range and change of direction skills as a zone corner with Carleton, he lacks the functional twitch to be a man-coverage player at the next level. Hamlin’s a hard hitter that reads what’s in front of him well and breaks on the ball with bad intentions. Hamlin possesses good closing speed and above-average ball skills.

A player whose built nicely at 6’0″, 195-lbs that runs well, takes good angles and tackles with force, Hamlin projects nicely as a special-teams player in the CFL. His lack of twitch hurts his potential as a free safety, but he has several other starter traits and should at least develop into a solid backup.

Adeleke possesses the needed twitch that his teammate, Hamlin, needs. He has solid ball skills and can run with anyone on the field. Adeleke, a star returner for the Ravens, clocked a 4.58 40-yard dash to lead all defensive backs at the combine. He’s another hard-hitter that is rarely late to the spot, reacting on time. Adeleke has intriguing potential on special-teams, with the abilities of a gunner and kick-returner.

Hoover is an exceptional athlete, which often projects special-teams abilities. His combine numbers for the broad jump, 3-cone and shuttle lead all defensive backs, while he was a close second behind Adeleke for the top 40-time with a 4.601. Hoover lacks fundamental cover skills, projecting strictly as a special-teamer. 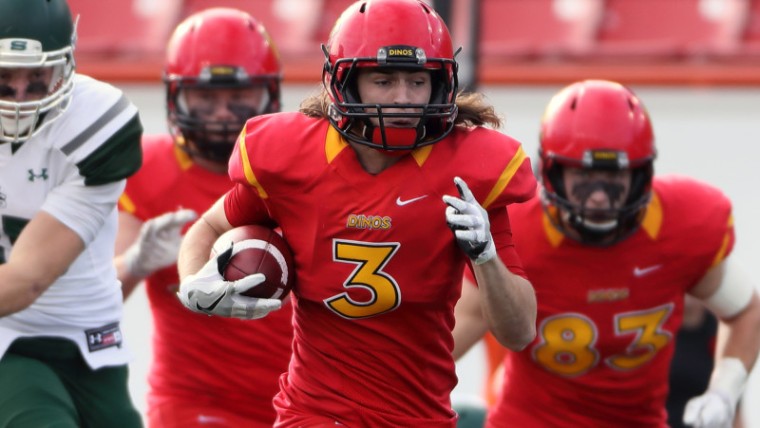 In terms of coverage abilities, Laurensse is easily a top-3 defensive back in the class. He stays square and confident in his back-pedal until the last second, and can open his hips nicely. He possesses good change of direction skills and does a good job locating the ball in the air. With that being said, its exceptionally risky to draft a Canadian defensive back early when he doesn’t project well as a special-teamer, regardless of his talents as a cover man. Laurensse is underweight and doesn’t run particularly well – he recorded the worst 40-yard dash of all defensive backs with a 4.75-second time. He has the traits to possibly see time as a field corner, but with below-average special-teams abilities, Laurensse’s stock will suffer.

Hastings is a fairly gifted athlete but lacks size and overall coverage abilities. He runs well and is an explosive athlete, certainly displaying some special-teams potential.

Gillespie is clean in coverage with good instincts and excellent ball skills, but is a limited athlete with a lack of size.