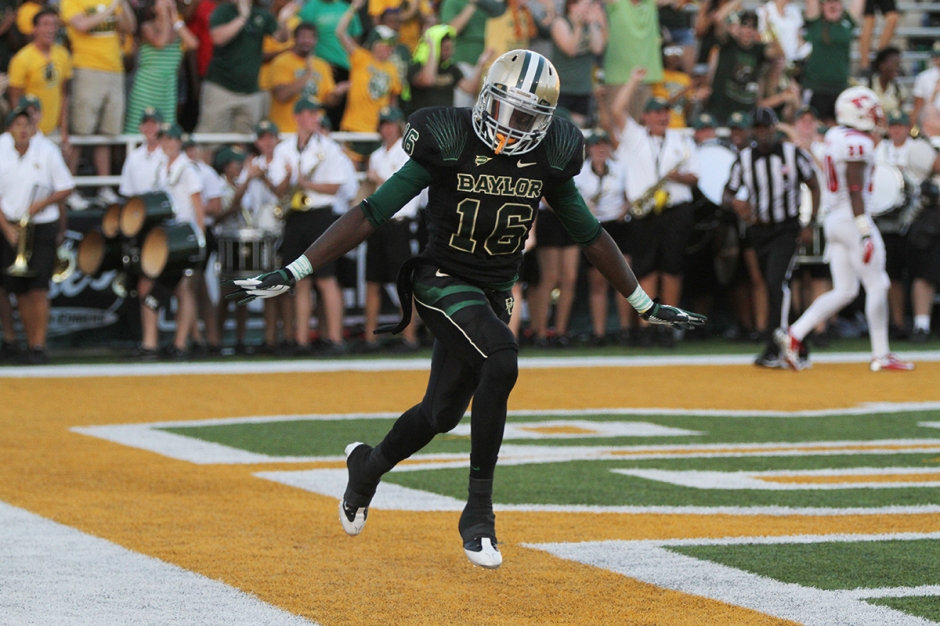 It turns out we will never get to see former Baylor standout Tevin Reese in the Blue & Gold, as the 25-year-old receiver has informed the Winnipeg Football Club of his intention to retire.

A seventh-round draft pick of the San Diego Chargers, Reese, who was signed last month, was the favorite to take over Clarence Denmark’s vacated spot in the starting lineup heading into training camp. Reese had a formidable career at Baylor, catching 187 passes for 3,102 yards and 24 touchdowns as a four-year starter. He had an excellent rapport with QB Robert Griffin III, accumulating 979 yards-from-scrimmage and 7 touchdowns in 7 starts as a sophomore in 2011.

While the loss of Reese is certainly disappointing, unlike last season, when none of the international scouting department’s receiver signings really stood out to me around this time, there are other first-year import receivers that I’m excited to see.

The no. 1 guy on that list is Ricky Collins, 6-foot, 198-lbs, out of Texas A&M Commerce. After making many sacrifices in a matter of years, Collins finally got on the field for the Lions in his senior season and recorded 71 catches for 1,187 receiving-yards and a school-record 14 touchdown receptions, booking Collins a ticket to the Green Bay Packers’ 2015 training camp.

Justin Veltung, meanwhile, can’t be written off in this upcoming training camp competition, as he looked great as a returner last season in Winnipeg and could breakout in year two. And then there’s 22-year-old Jhomo Gordon, who did enough on the practice roster throughout 2015 to earn another invite to training camp this season.

It’s too late to keep Clarence Denmark, and with Tevin Reese unfortunately out of the picture, Bombers fans might want to pay extra attention to the open training camp battle at the Y-receiver position – and put their money on Ricky Collins – this coming June.